During the 2020-21 academic year, Michèle Pearson Clarke served as the inaugural Artist-in-Residence at the Mark S. Bonham Centre for Sexual Diversity Studies at the University of Toronto. Over the course of this residency, she researched queer curatorial strategies as she worked towards realizing this show, We Buy Gold, her first curated exhibition, and a core exhibition of the 25th Scotiabank CONTACT Photography Festival. In-gallery exhibition dates to be announced, COVID-19 restrictions permitting.

Michèle Pearson Clarke is a Trinidad-born artist, writer and educator whose work situates grief as a site of possibility for social engagement and political connection. Clarke has exhibited both nationally and internationally, including in Chicago, Lagos, Los Angeles and Montréal, and she has forthcoming solo exhibitions at Mercer Union, Toronto and the Art Gallery of Hamilton. Based in Toronto, Clarke holds an MSW from the University of Toronto, and in 2015 she received her MFA in Documentary Media Studies from Ryerson University. She is currently the inaugural 2020-2021 artist-in-residence at the University of Toronto’s Bonham Centre for Sexual Diversity Studies, and the Photo Laureate for the City of Toronto (2019-2022).

You can reach her at michelepclarke @ gmail.com and you can find her on Instagram here and here.

As part of her process of conceptualizing the exhibition, Clarke has collected and shared a series of documents, articles, notes, questions and reflections, which can be accessed here. 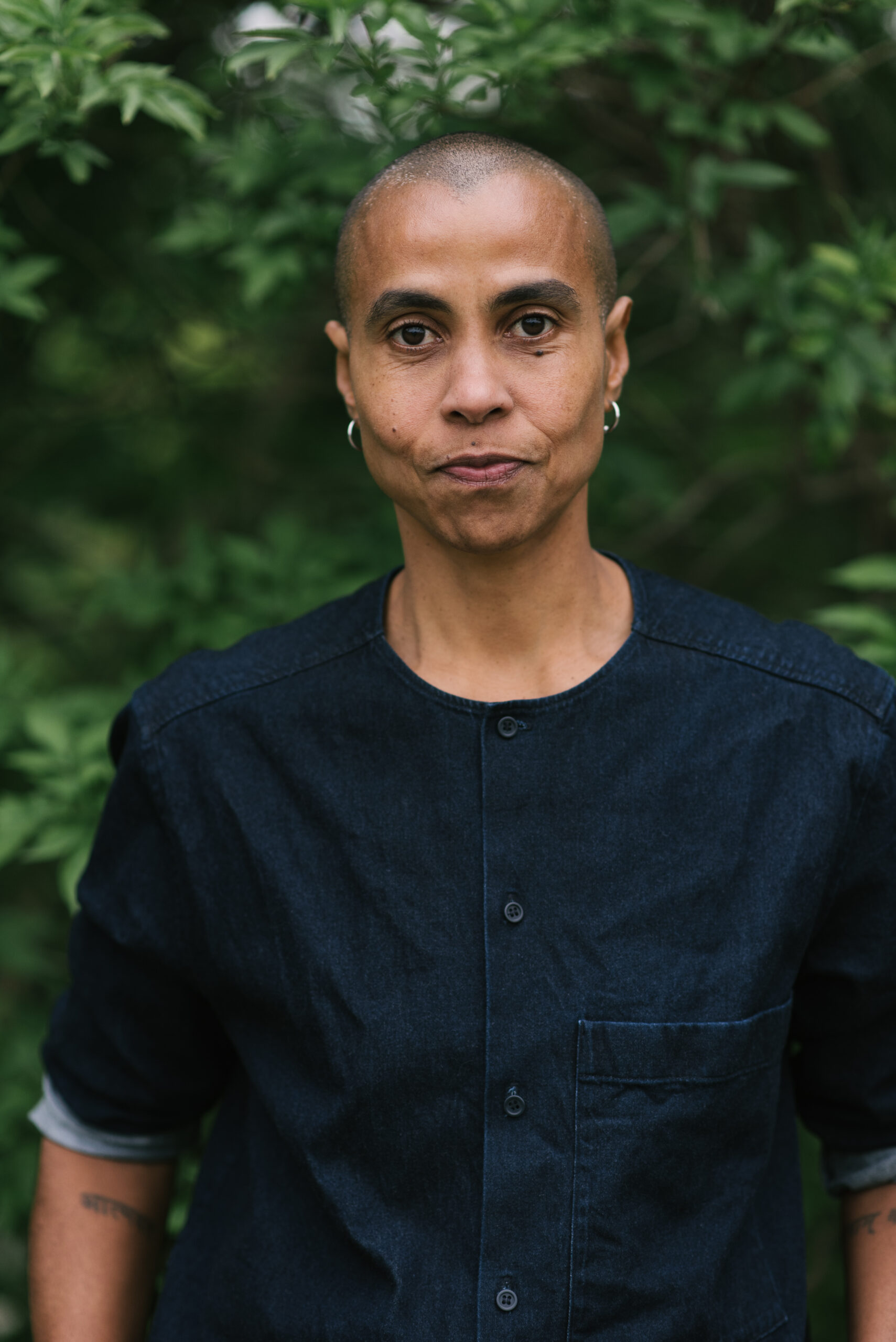 Questions of visibility and representation have long been queer concerns, tied as they are to hopes and demands for greater acceptance and civil rights. LGBTQ+ communities have frequently employed photography to positively reflect their complex and diverse experiences in the face of mainstream absences and distortions. We Buy Gold examines current grapplings with this legacy, alongside more recent strategies that move beyond the impositions of conventional visibility and respectability politics.

In bringing together primarily emerging LGBTQ+ artists living and working in Canada, the exhibition foregrounds the perspectives of younger queer generations. Largely using various forms of portraiture, but also still life and sculptural elements, these artists are concerned less with representing queerness and more with performing, challenging, and interrogating it. Collectively, their images lay bare both the frictions and intimacies of working between community and self to bring the value of their experiences into view.

With Coats (2016–), Nicholas Aiden magnifies perceptions of the body, targeting the simultaneous fascination and repulsion associated with body hair. Draped across the gallery, Aiden’s works take on their own corpulent form as fabric prints, their materiality emphasizing the queer embodiments contained within. Tom Hsu’s photographs play too with the body’s physicality, highlighting the carnal present in the banal and the everyday. Drawn from a larger portfolio of work, loop holes (2017–20) approaches desire as ever-present and infinite.

Inspired equally by drag culture and video game aesthetics, Séamus Gallagher also foregrounds the utility of excess in their elaborately staged and deeply chromatic images. Located at the intersection of performance, installation, and self-portraiture, A Slippery Place (2019) situates Gallagher amid constructed digital 3D renderings to question virtual space dynamics in contemporary queer life. Likewise, Christopher Lacroix deploys camp to interrogate the tension inherent in being concurrently positioned between submission and defiance. The photographs in We do not know when we started, we will not know when we will end (2019) feature the artist brandishing the remnants of foil letter balloons, previously popped in the accompanying video performance. The statements “I AM SORRY,” “YOU’RE WELCOME,” “YOU’RE SORRY,” and “I AM WELCOME” disappear as quickly as they appear, pointing to the negotiations required for self-preservation.

For Michelle Panting, self-portraiture functions to contravene the boundaries set around her identity and appearance by the religious, patriarchal community in which she was raised. Composed with found light and often bizarre gestures, Something like Jangoan (2018–20) troubles notions of a linear progress narrative and the assumed comfort of younger queers. Turning the camera on both themselves and each other, trans* artists Wynne Neilly and Kyle Lasky document their decade-long friendship in their quiet series, Have / Hold (2018–19). In depicting the vulnerability, adoration, and physical closeness between them, their photographs confront the fear and stigma surrounding masculine intimacy, and expand definitions of queer romance.

Kinship also infuses the work of Lacie Burning, whose Blockade Rider (2019) portrays M.V. Williams, a Skwxú7mesh/Wet’suwet’en photo-based artist. Lasso in hand, they straddle a concrete blockade underneath the Lions Gate Bridge that sits on their territory, visualizing Indigiqueer people’s relationships to land, representation, and the gaze. Similarly, the works of Isabel Okoro and Brianna Roye centre relationships forged in communities forever impacted by colonialism, using portraiture to archive Black diasporic worldmaking. Bridging the gaps between Lagos and Toronto, Okoro’s colour and feel (2020–) explores an imagined Black utopia through monochromatic images of the people she encounters. Shooting on medium-format film, Roye illuminates the tenderness and strength of LGBTQ+ people of Caribbean descent in her ongoing series, Out of Many, One People (2018–).

Together, these works assert the queer realities of the artists’ lives, capturing their longings and contradictions, while raising critical concerns. They make legible a queer politic that embraces both ease and discomfort, without yet conceding the desire to be seen.