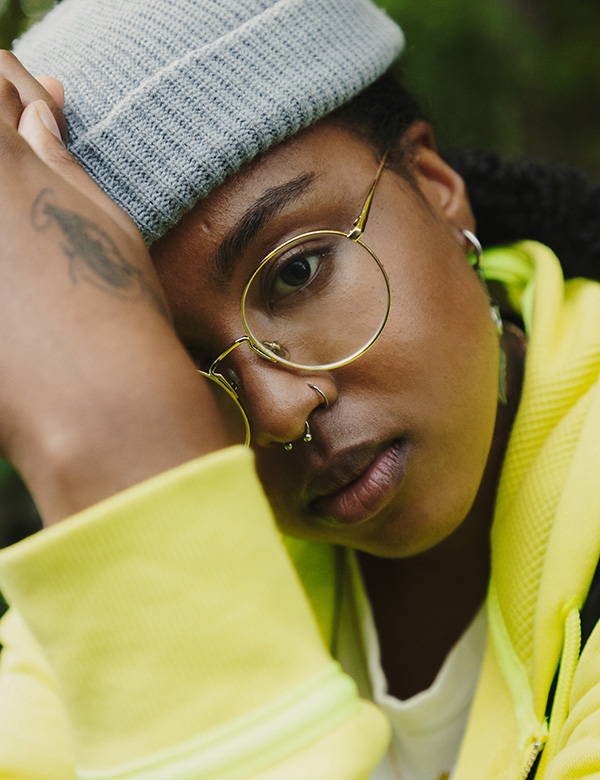 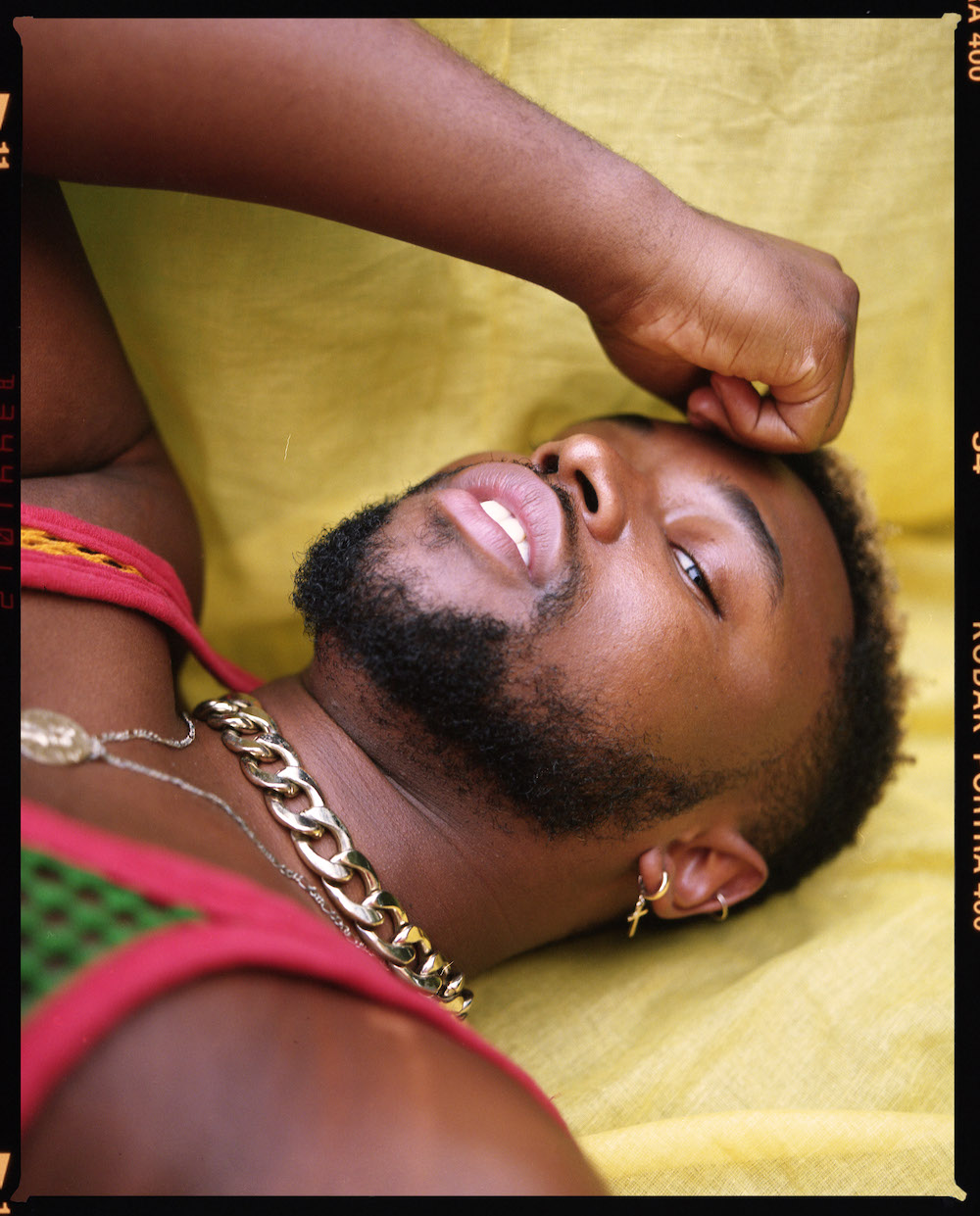 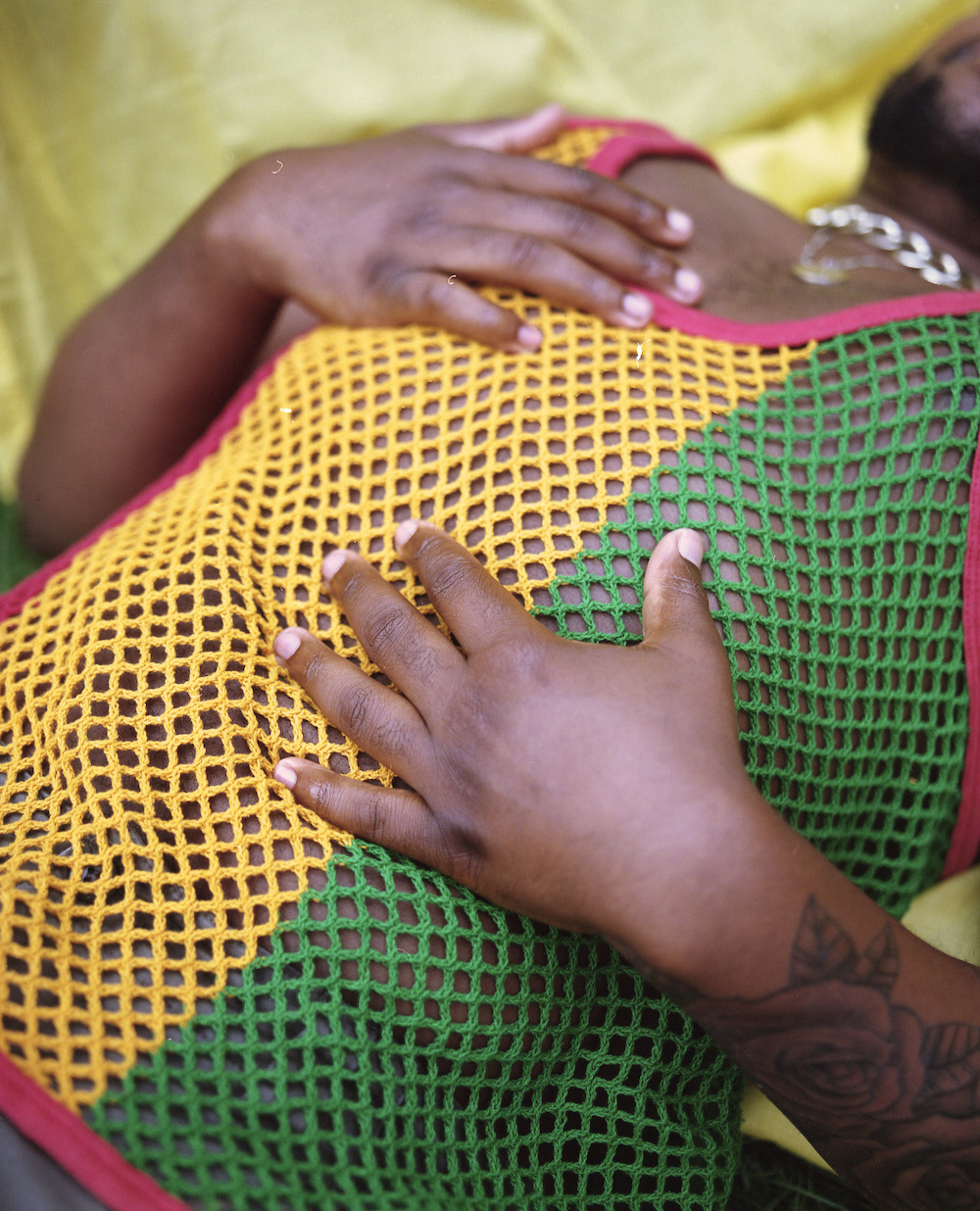 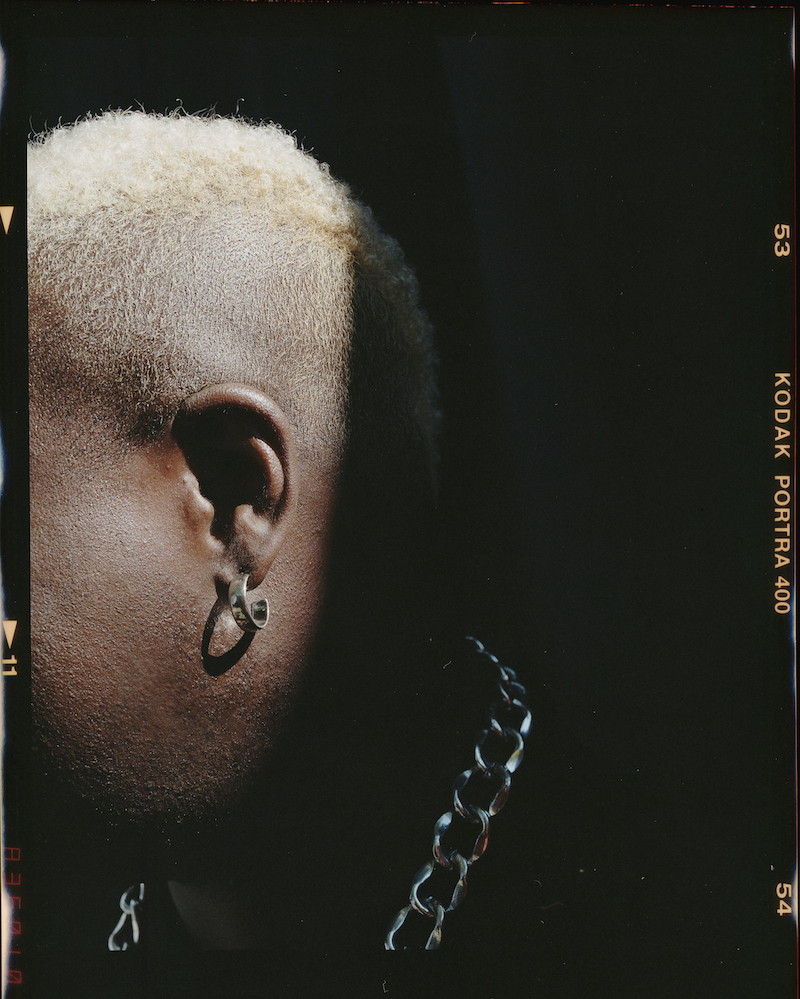 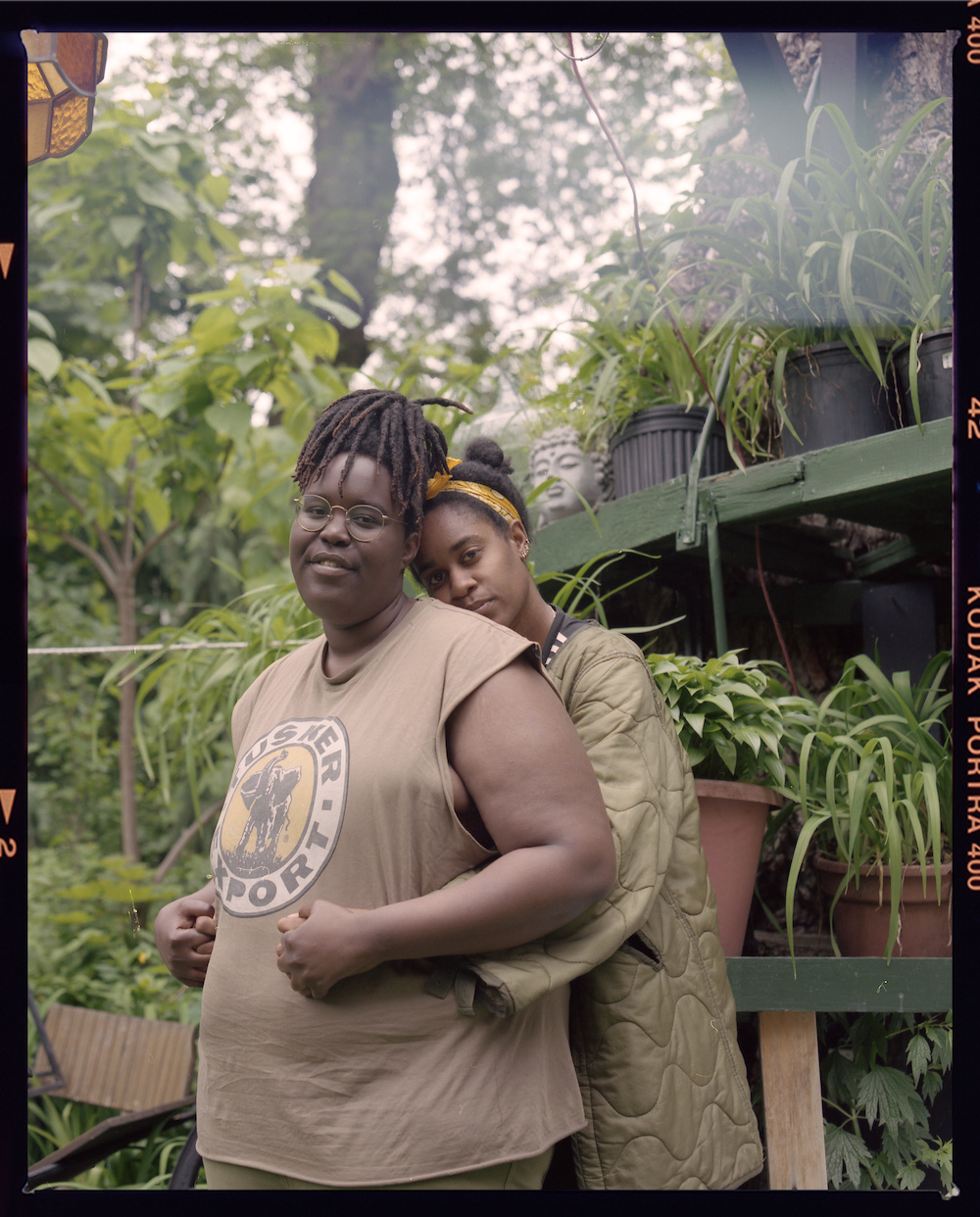 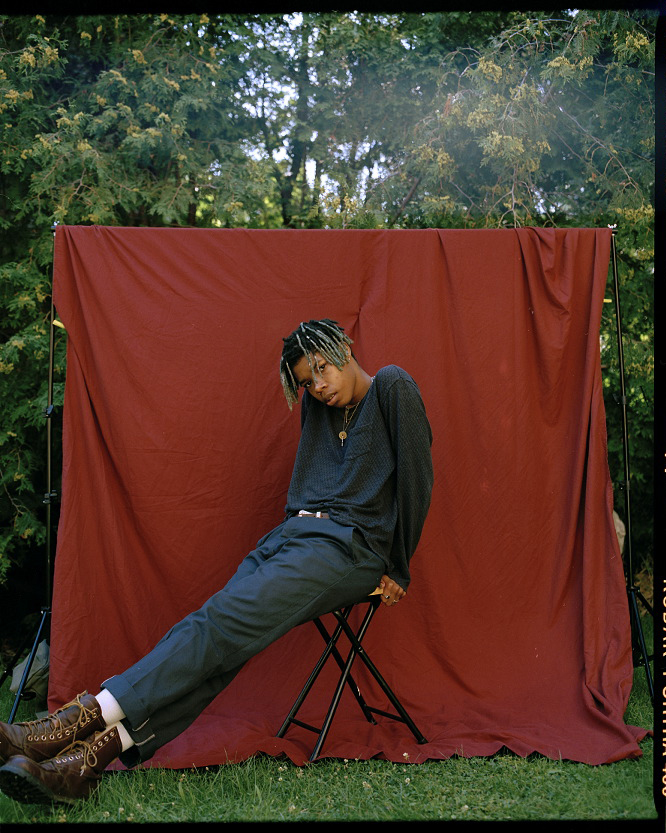 A Caribbean Constellation
by Roya DelSol

There’s a quietness and grace afforded to its subjects that is immediately striking when stepping back to experience Out of Many, One People, Brianna Roye’s portraiture series documenting LGBTQ+ people of Caribbean descent.

Roye’s photographs throughout this series present her subjects vulnerably, and tender in their stance. Warm, colourful and often shot outdoors, many of the images evoke a sense of continuity across geographies. Lush greenery and the bold colours so commonly seen on the facades of Caribbean houses are prominently featured. Conversely, muted tones convey the poignancy of existing at the margins of a culture where one’s queerness never allows them to feel quite at home.

Seeking to disrupt the ways that queerness has been invisibilized in Caribbean communities, the series represents a powerful recontextualization of the Jamaican idiom “Out Of Many, One People.”

The phrase was originally conceived to highlight the racial diversity of an island whose history of violent and forced migration has resulted in a mosaic of racial identities. Repurposed in Roye’s portraiture series, it becomes a question reframed through the lens of queerness. Who is rendered visible throughout the diaspora in a culture with a discordant dialectic concerning sexual & gender expressions?

Shot on medium format, Roye describes the process of shooting the series as slow and intentional, stating that “queerness has informed the way I photograph people.” Depicting subjects with the care so commonly found and nurtured in queer spaces (often out of necessity), Roye likens the process to an embrace.

An expansion of queer, diasporic geographies, Out Of Many, One People functions as an intra-communal conversation, archiving connections made and stories gathered. Through this exercise in documentation, lone stars become a constellation — one that can hopefully serve as a guide for continued, intergenerational explorations of what it means to be queer and Caribbean.

Brianna Roye is a film photographer specializing in portraiture. A graduate of Humber’s photography program, she has accumulated six years of experience during which she has extended her lens to Adidas, had her work featured in publications like Macleans and FLARE, and shot festivals inclusive of ManifesTO and Afropunk. Inspired by her Jamaican roots, she uses her ongoing project, “Out of Many, One People,” to chronicle portraits of queer, Afro-Caribbean people. Using intention as a guiding principle, she strives towards a level of organicness in her imagery. “I try to take photos of people as they are. I like to capture people’s beauty and essence in as much of an honest way as I can,” she says. Hailing from Toronto’s west end, Roye is passionate about using her talent to tell stories and document underrepresented communities.

Roya DelSol (she/her) is a Black media artist & cultural worker currently living in T’karonto/Toronto. As a photographer, she has worked on projects for NXNE, Spotify, Adidas and Maggie’s: Toronto Sex Workers Action Project, with work published in outlets such as FLARE, Lez Spread the Word, West End Phoenix and NOW! Toronto. Creating motion work ranging from experimental video art pieces to music videos, her video content has been featured in online outlets such as The Globe & Mail. She is currently in pre-production for her first VR project, which is scheduled for completion in late 2021. 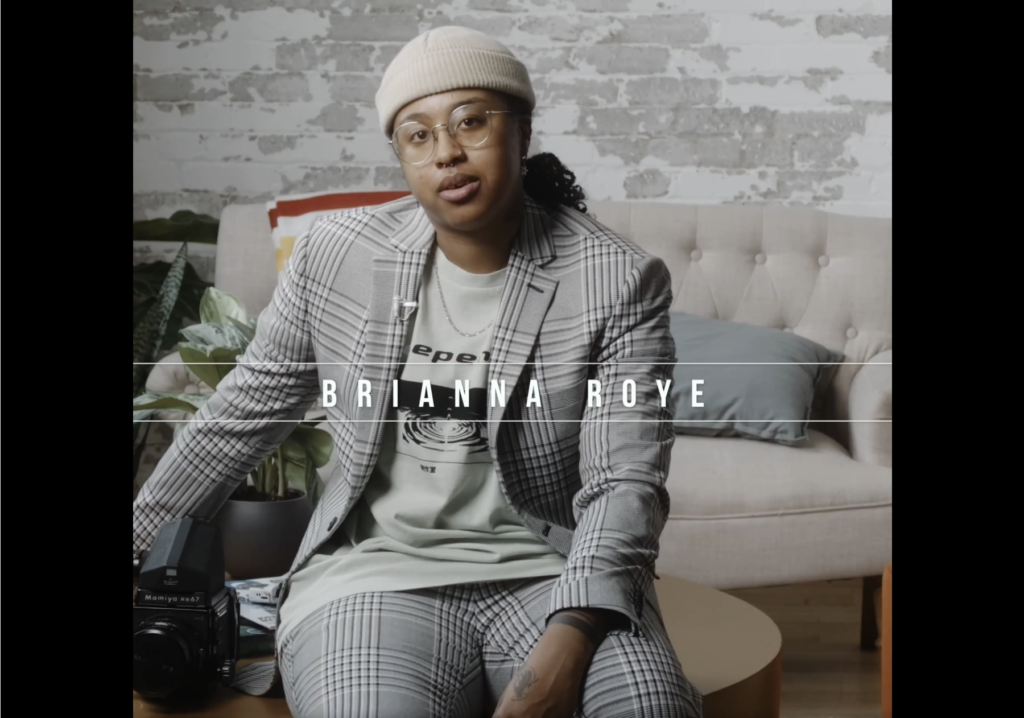 On set for the Topshop & Topman Black Canadian creatives shoot, which consisted of an all Black cast and crew, Brianna Roye discusses her work.